Last fall after more than 24 hours of travel, one lost reservation in Amsterdam, a missed connecting flight that ended with a strange and wonderful night in a hotel overlooking a secluded bay in Athens, I finally touched down in Crete just as the sun was rising. 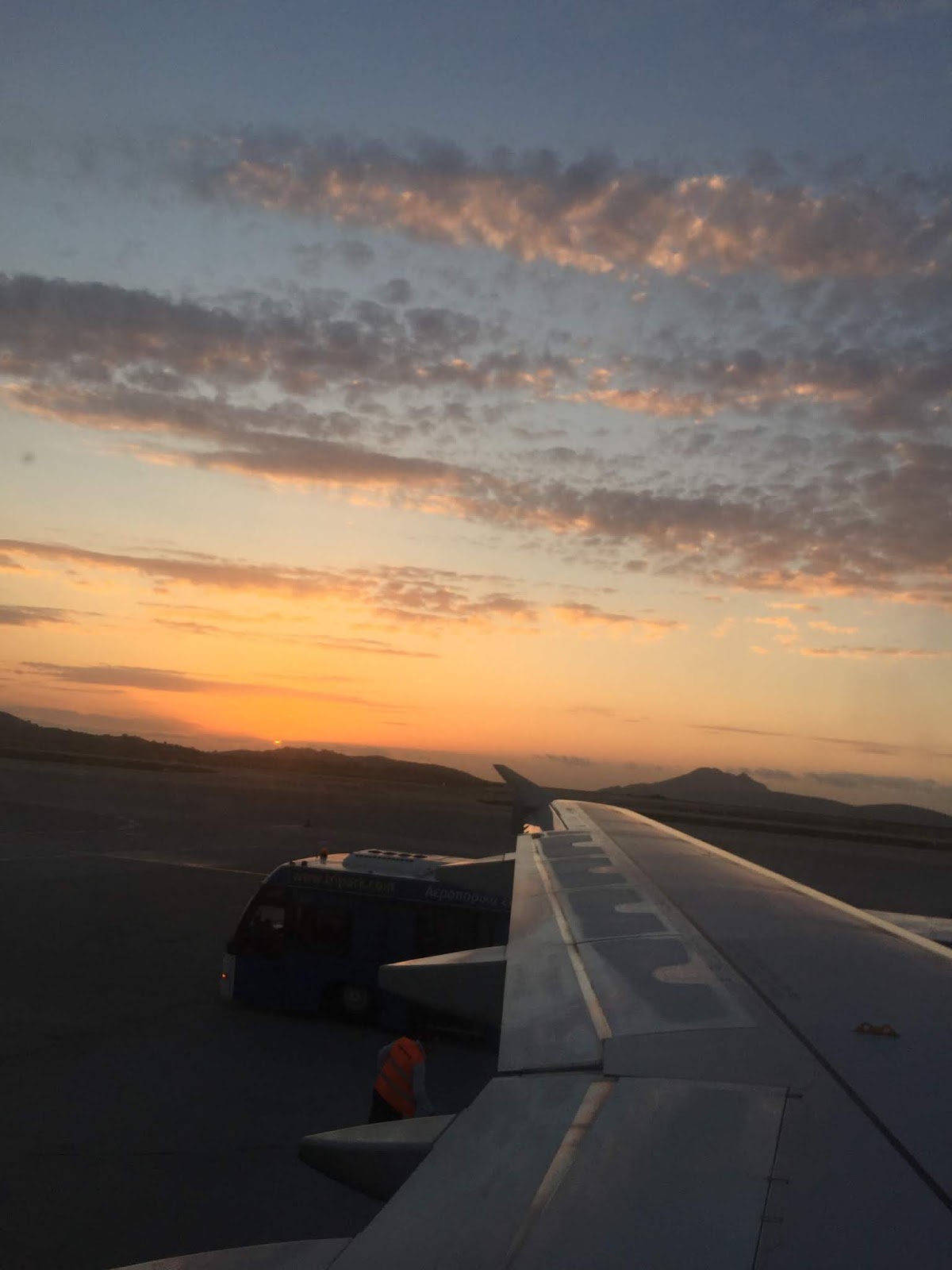 I can honestly say I don't remember ever being as relaxed as I was while I was in Crete. From the moment I got there, time slowed down. People seemed friendlier, things just seemed simpler. And I was working the whole trip!

Lunch time was inevitably spent at Loukoulos, which I cannot recommend enough. Not one thing on their (incredibly reasonably priced) menu was less than delicious and the view simply can't be beat. 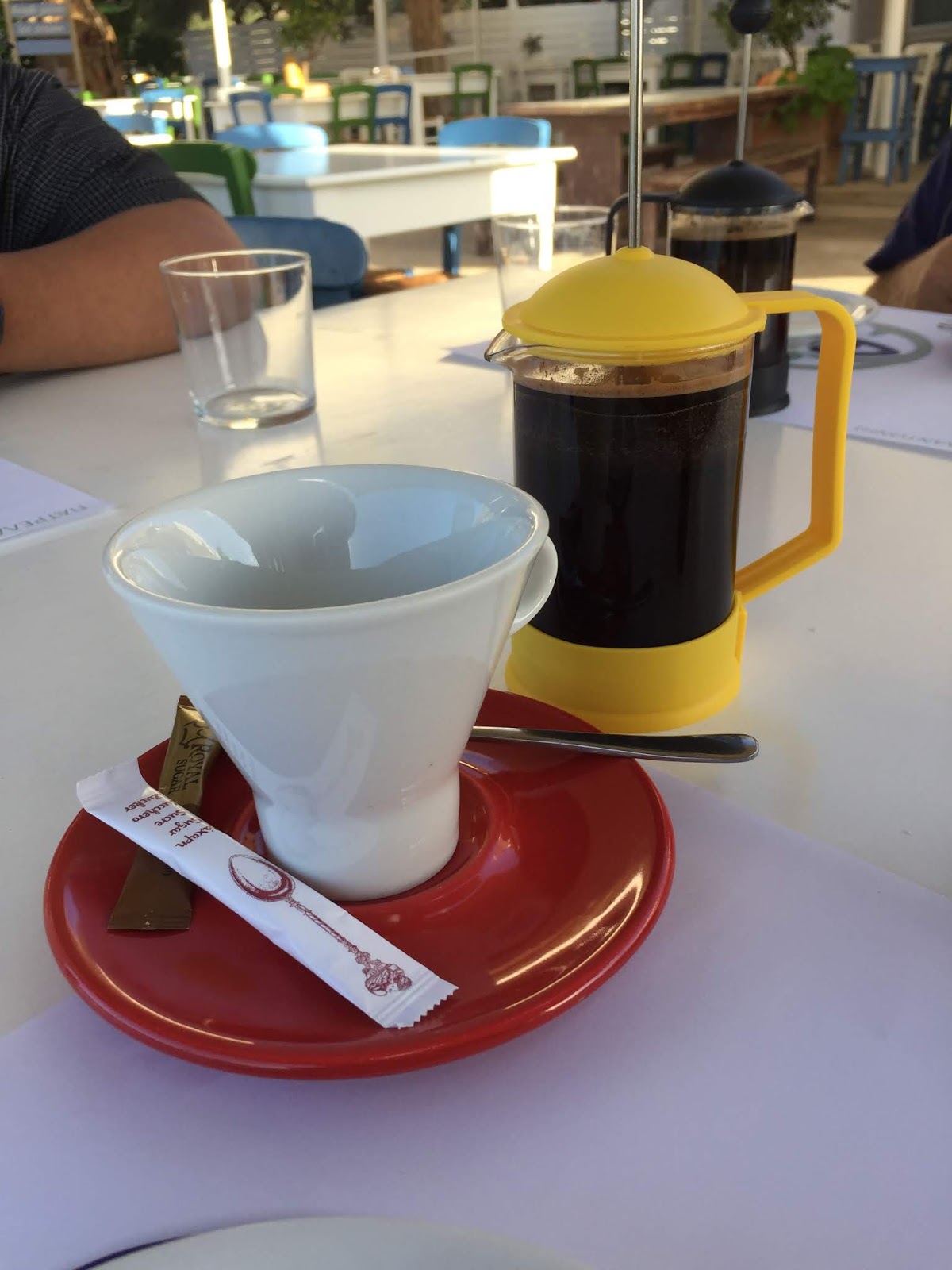 We had the beaches and the restaurant almost entirely to ourselves everyday since it was just past the season. If I ever find my way back here, I'll be immediately jumping into that ocean since I didn't get the chance. 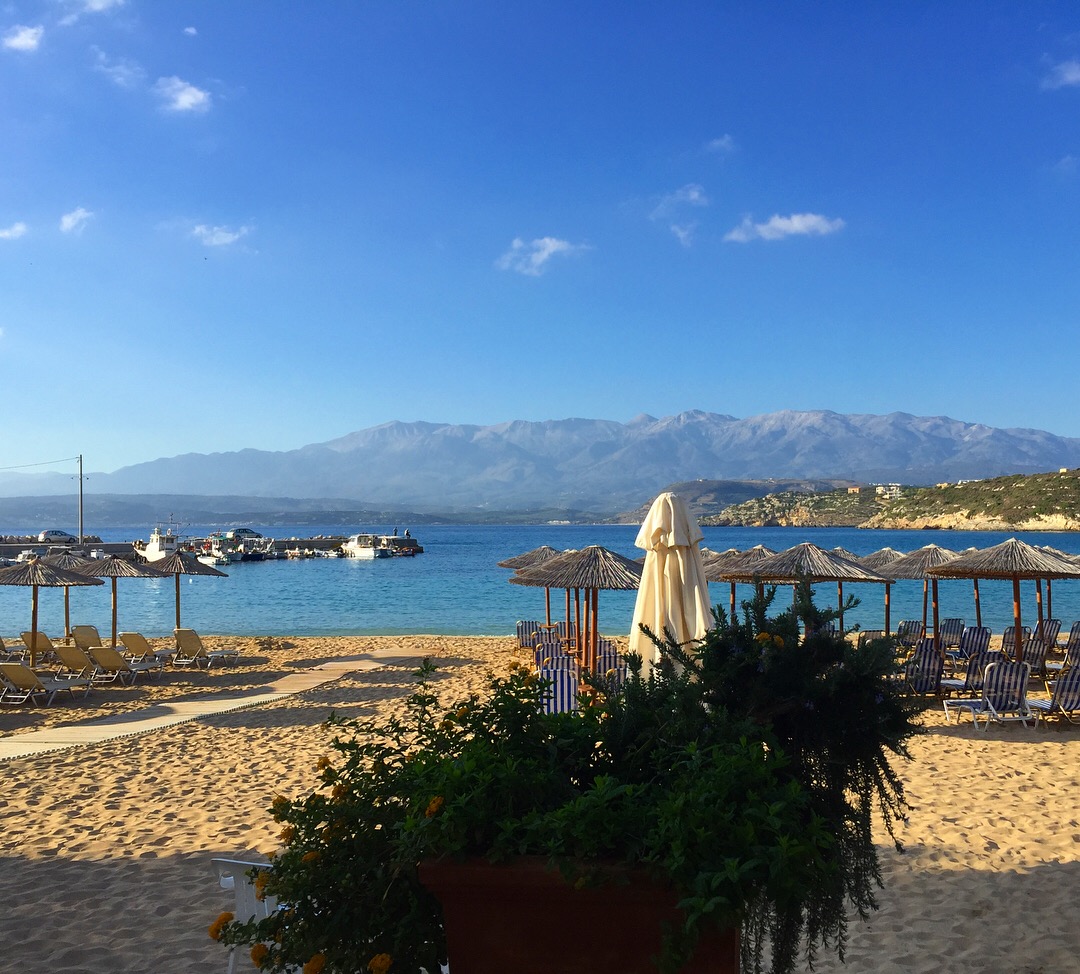 Every single day here felt like it couldn't be real. There's no way a place as perfect and laid back as this could exist in real life. 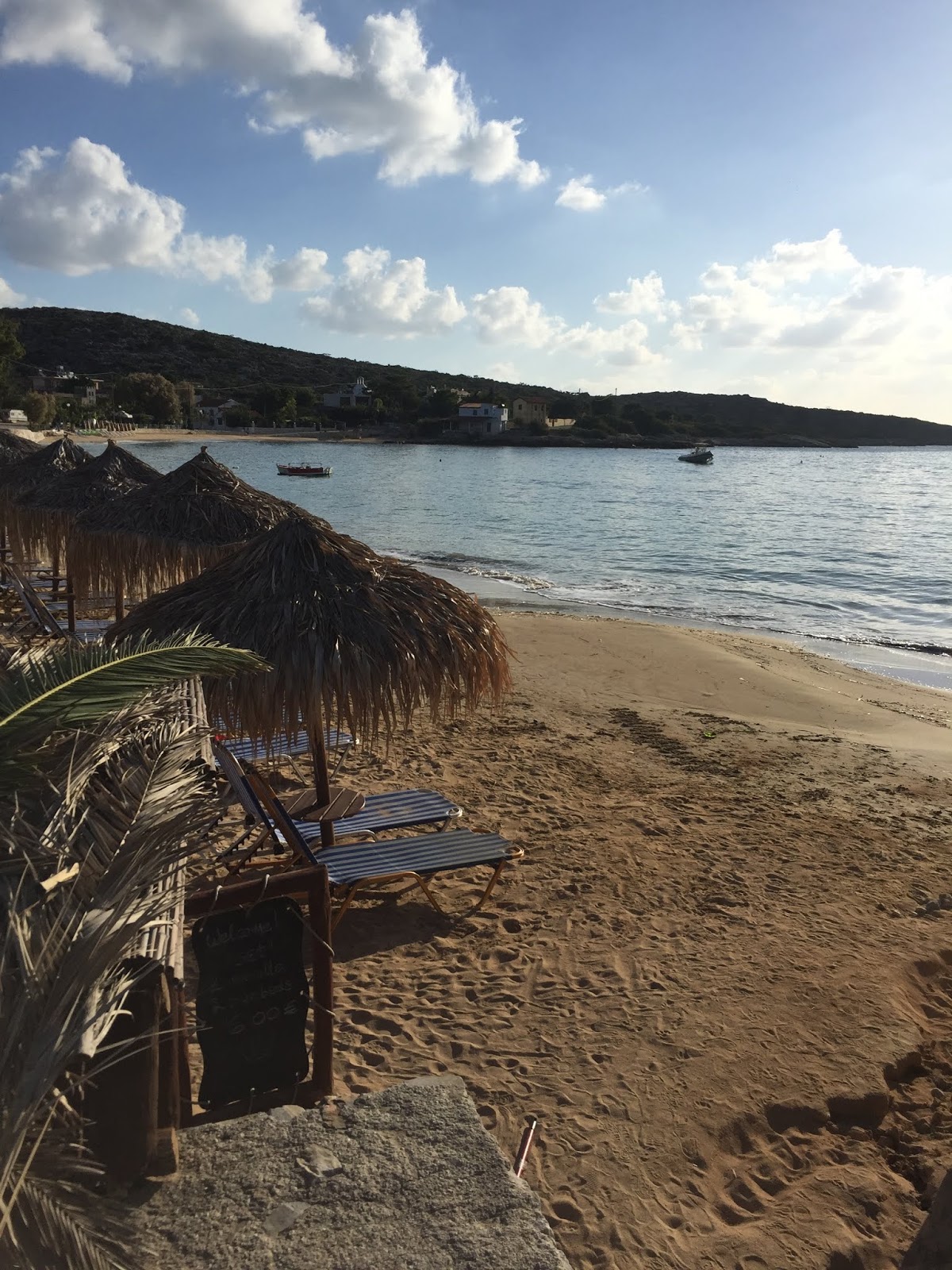 Thankfully, nothing is far from the ocean on Crete. Our hotel (which I loved) was just a short walk down a dusty road to Zorbas beach. At the end of the day I raced to get to there before the sunset to enjoy the absolutely incredible view. 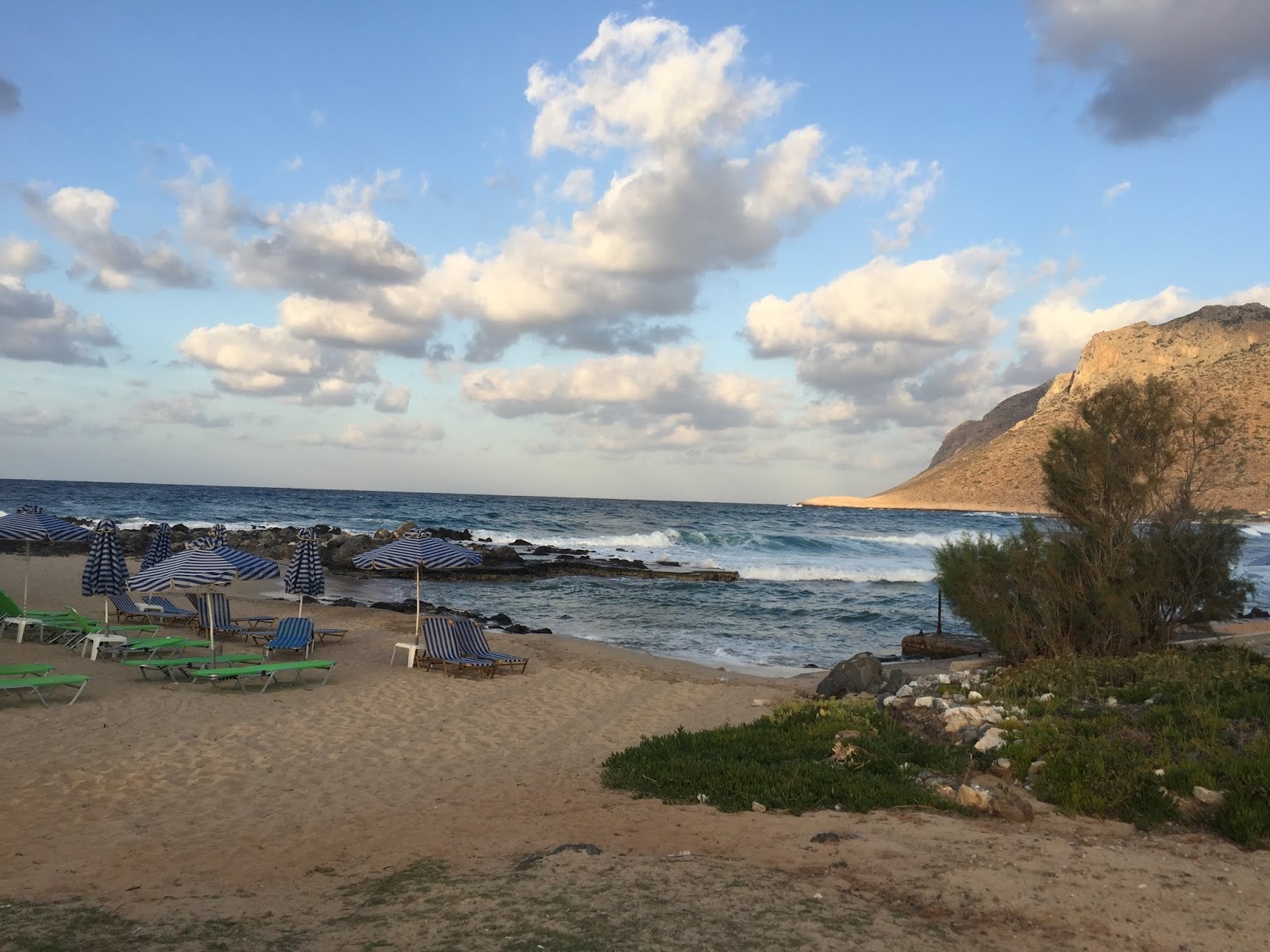 If you look closely to the right half of the mountain, towards the end of the ridge you can just make out a cave.  According to local history the cave used to be used as a place of worship for the goddess Artemis, although more recently has been used as a place of Christian worship. 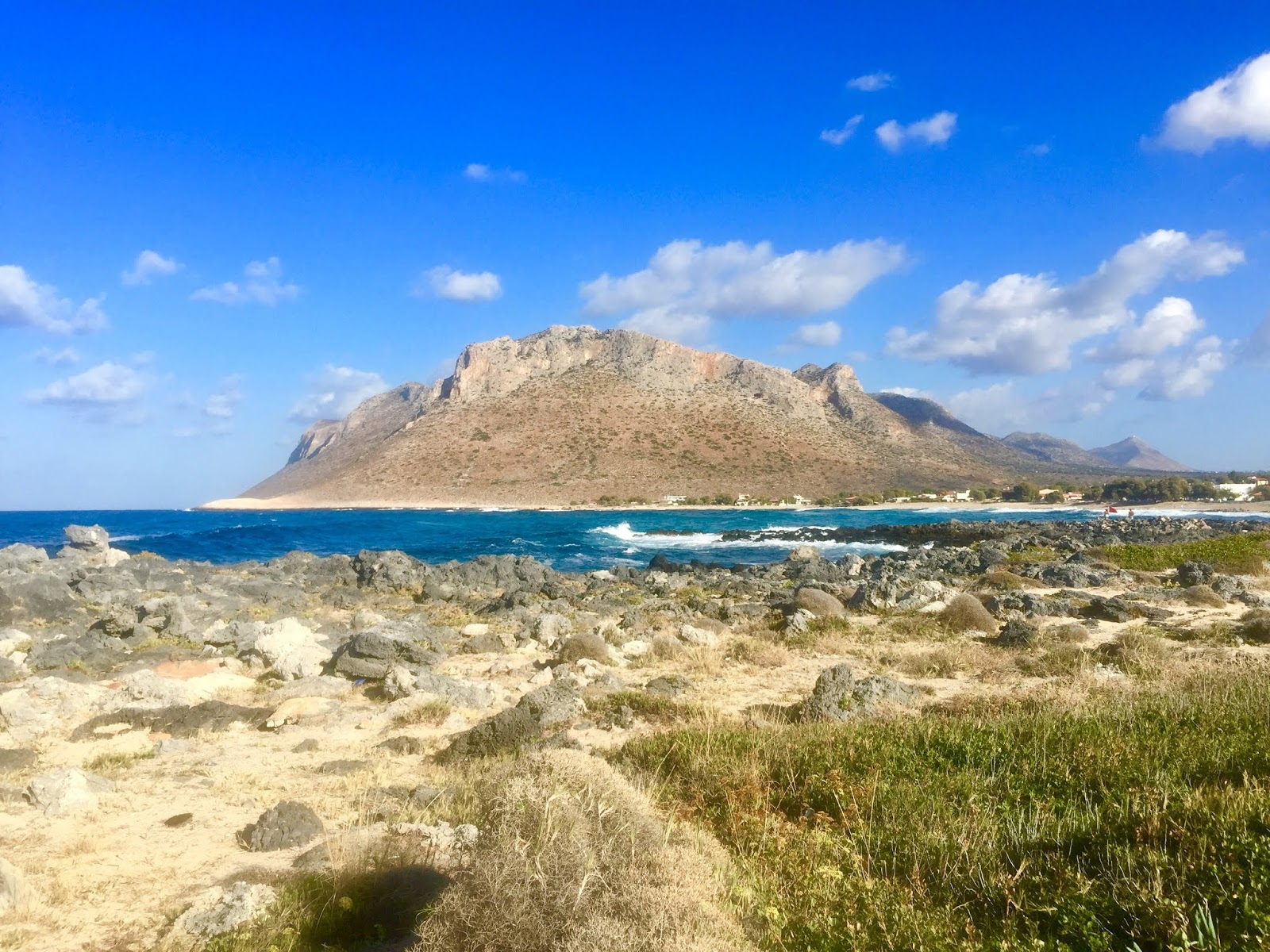 I've honestly never been anywhere like this, it took my breath away every time I saw it. One day I managed to make it with enough light to delve into some Ancient Greek mythology, which satisfied my soul knowing that I was in the very birthplace of Hercules. 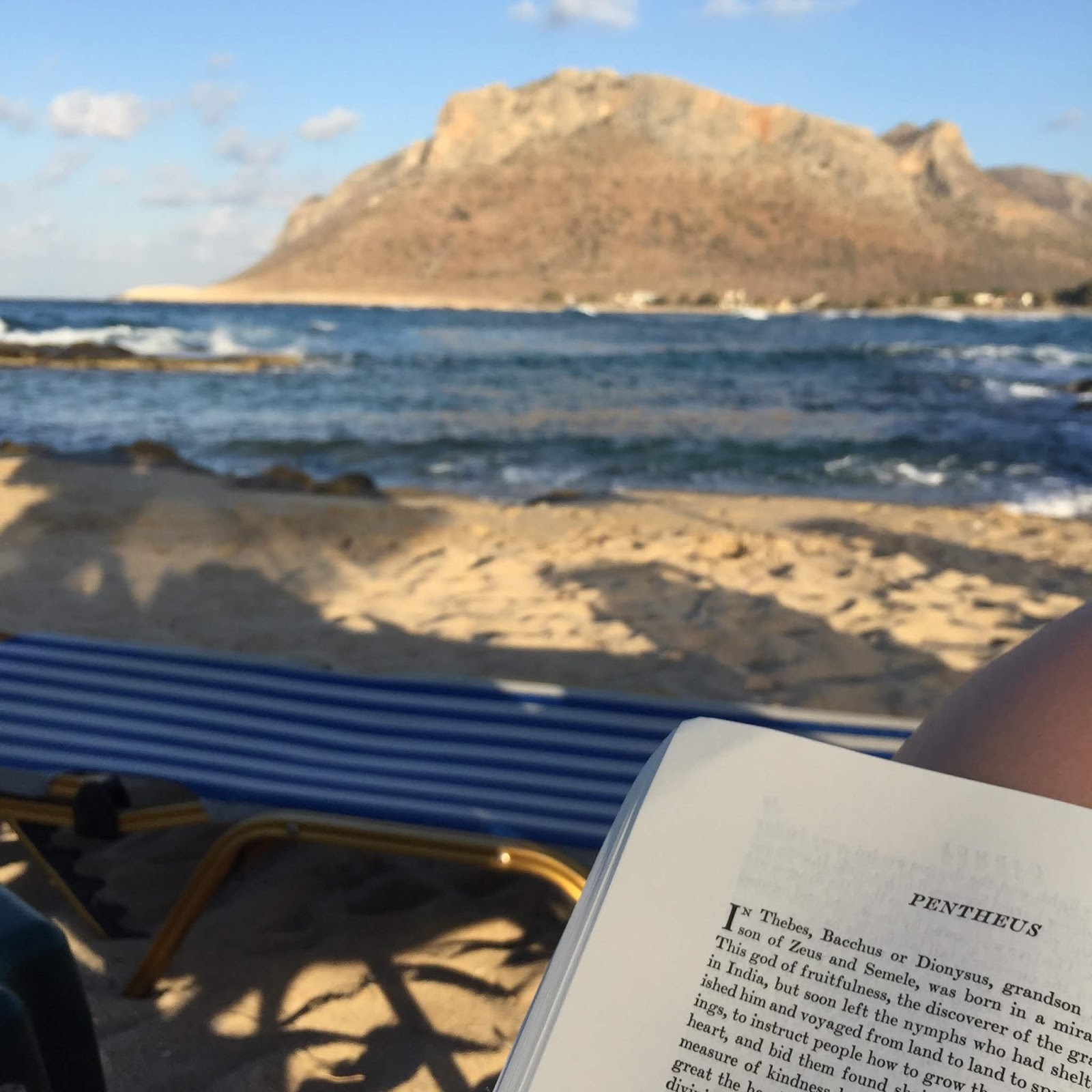 There are quite a few local restaurants around the area but in the off season many of them are closed or only open for limited hours. 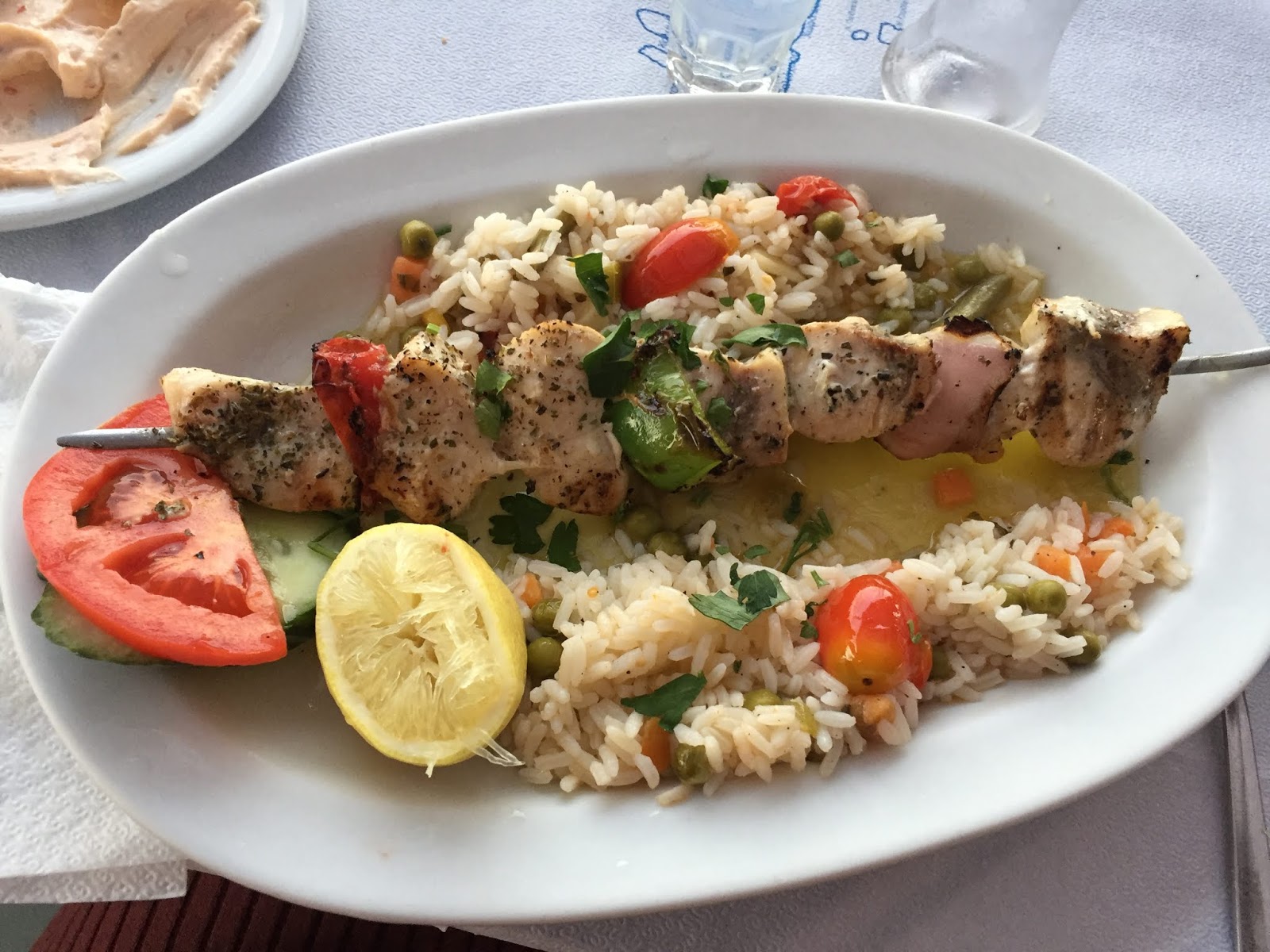 Thankfully Thanasis was open. I wouldn't be able to get myself to go anywhere else after going there anyway, they have the most beautiful views, amazing food/drinks and the friendliest staff. The swordfish was to die for!

Now, personally I have never seen the movie Zorba the Greek, but apparently this little beach in Stavros was where it was filmed. 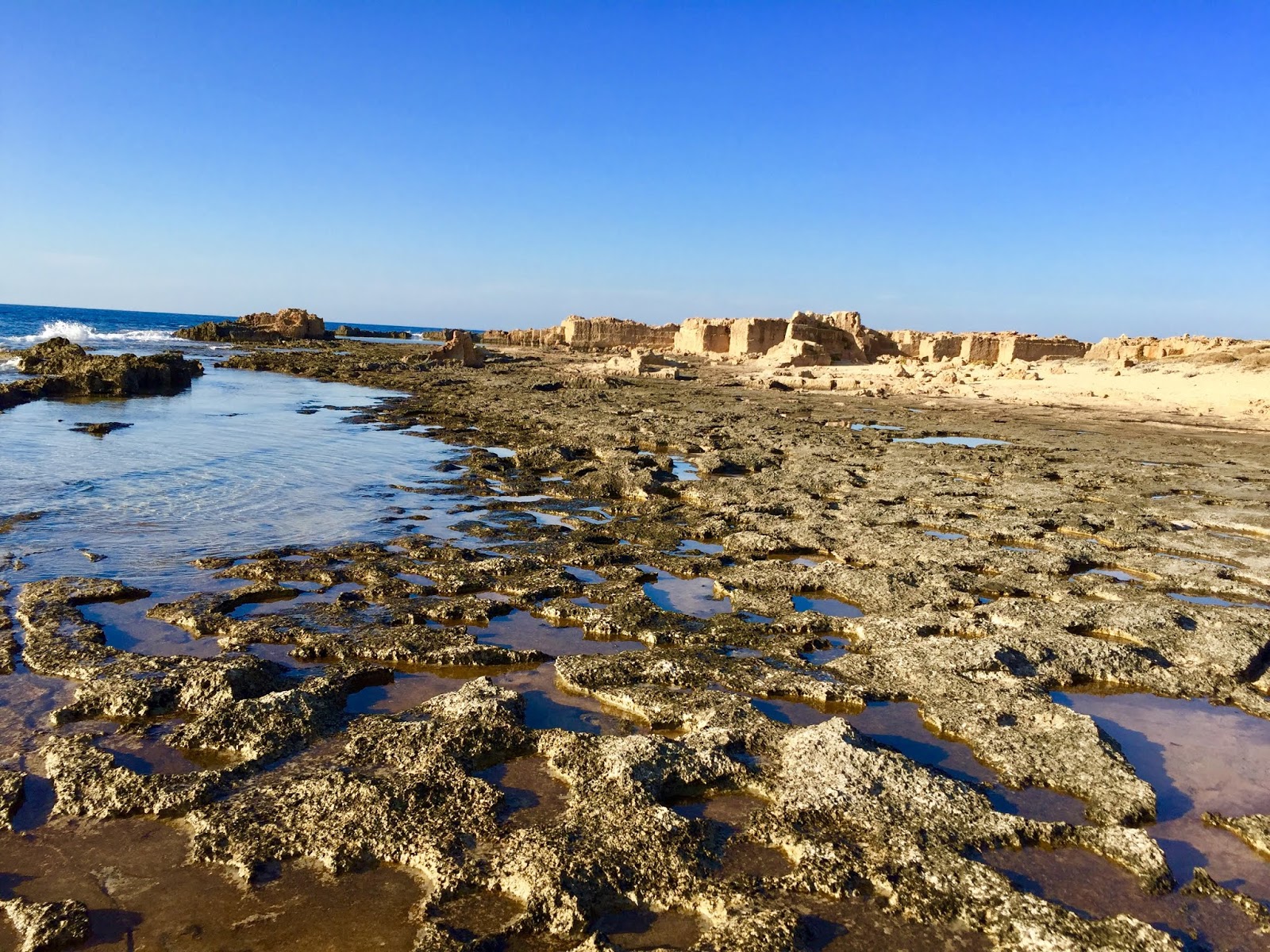 I just wandered here on an evening walk and found new and beautiful gems everywhere I turned. It wasn't until later having a chat with the owner of our hotel that I found out about Zorba.

I saw these ruins and had to explore. While they were fascinating I would not recommend doing this in sandals like I did, turns out those rocks are sharp as knives, the pool that looks so inviting is too slippery to walk on and during that time of year almost no one ever comes by here. 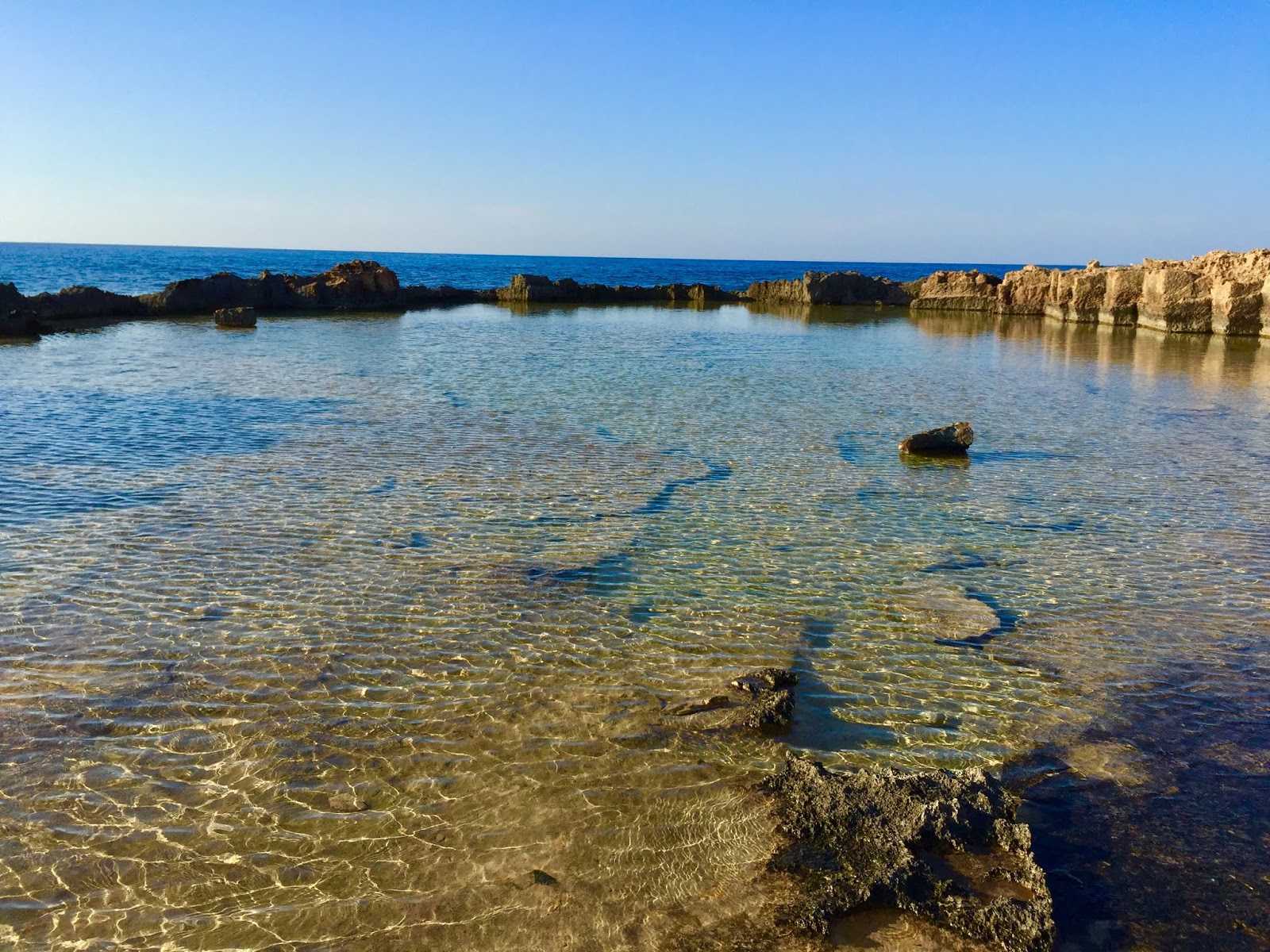 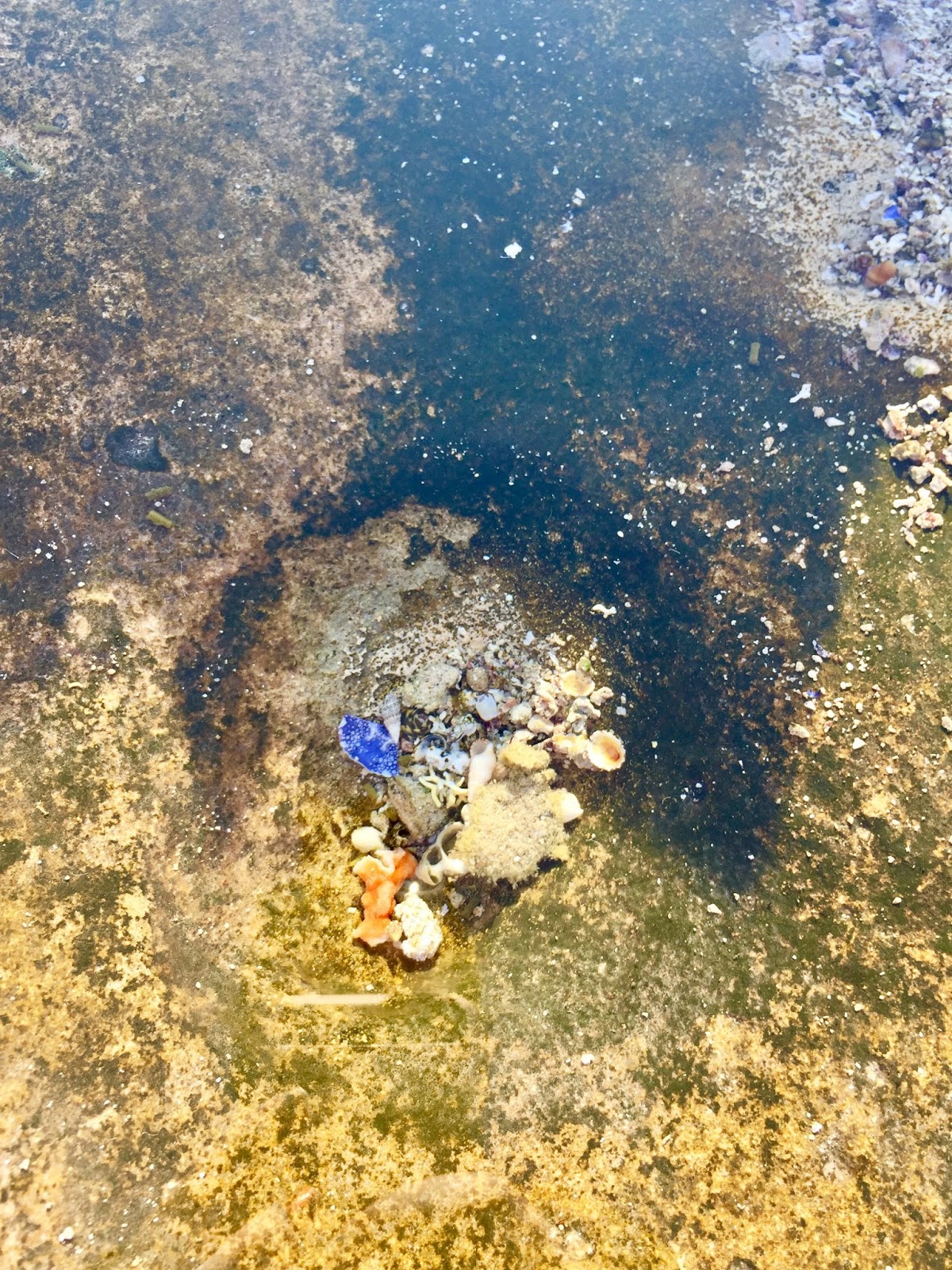 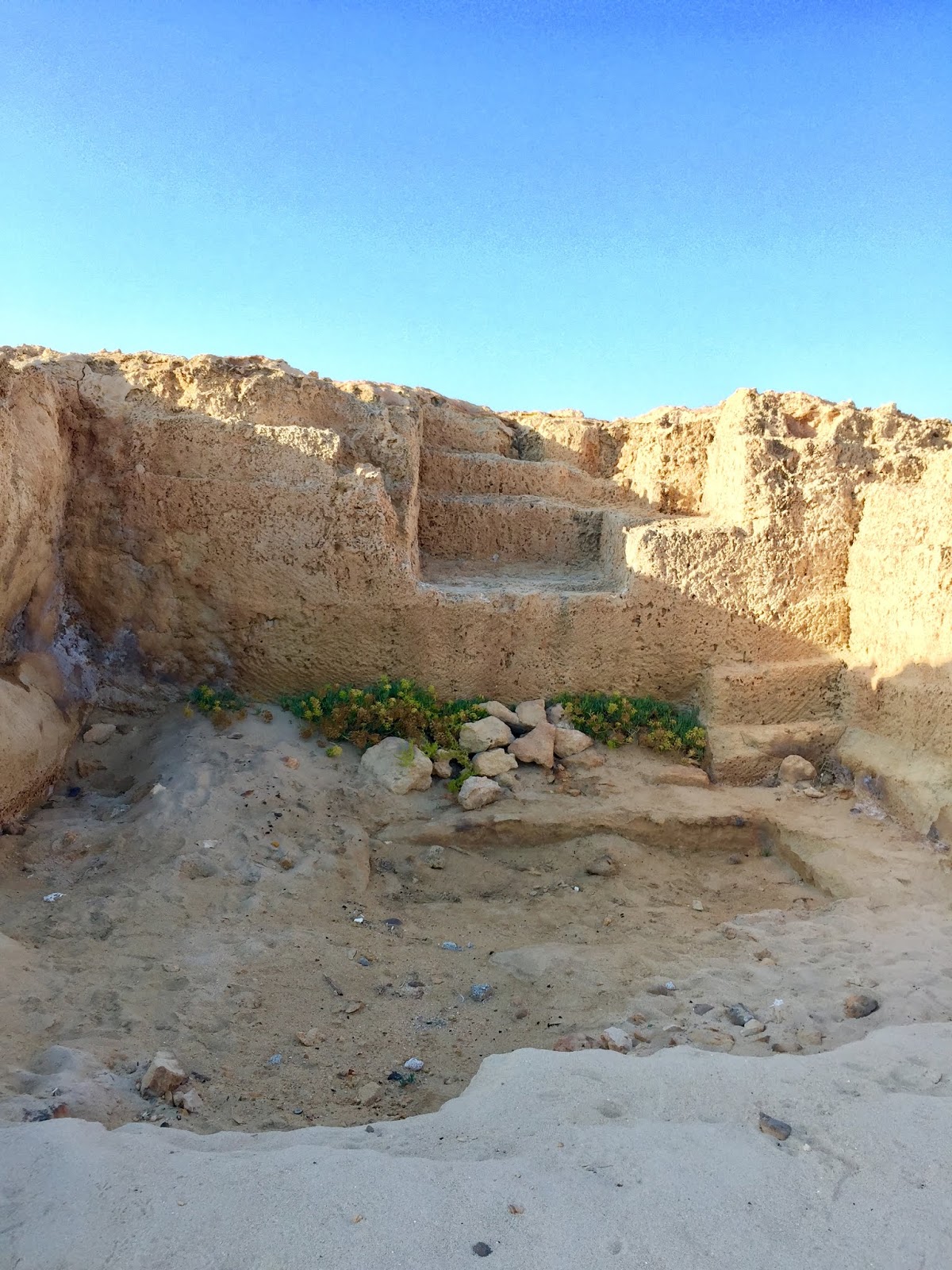 Being able to watch the sunset here made the climb completely worth it. 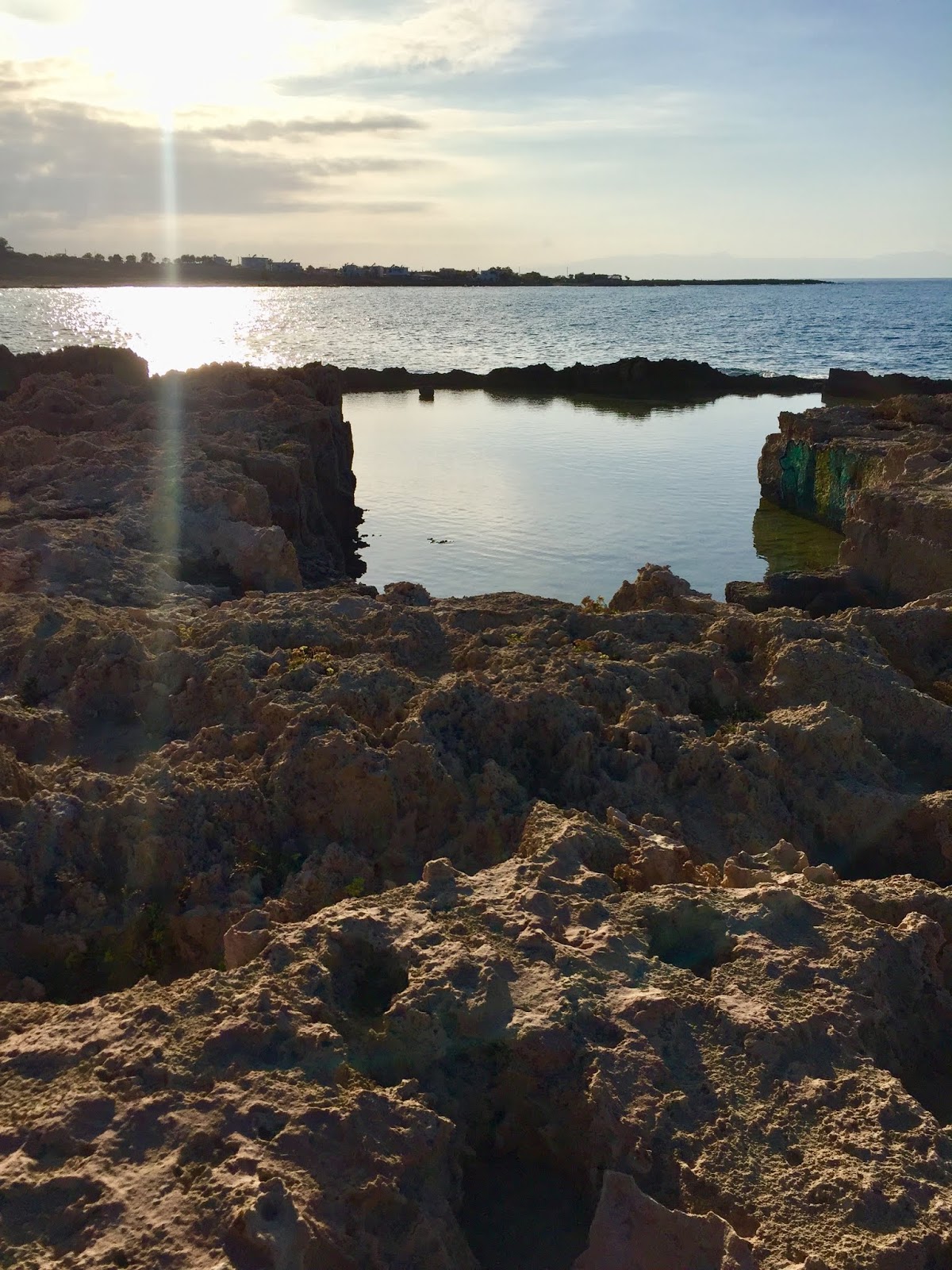 If I ever get the chance to stay in Stavros again, I would do it in a heartbeat. There's just such a feeling of history and mysteries to be uncovered here that you just can't find in the states.

Posted by From Cali With Love at 10:47 PM No comments: